Balenciaga is under criticism for their “creepy” advertising

After showing two young children holding plush animals while wearing what appears to be bondage clothing in an advertisement, Balenciaga has come under fire online.
Nov 23, 2022  |  Borena Kuliashvili  |  Art & Culture 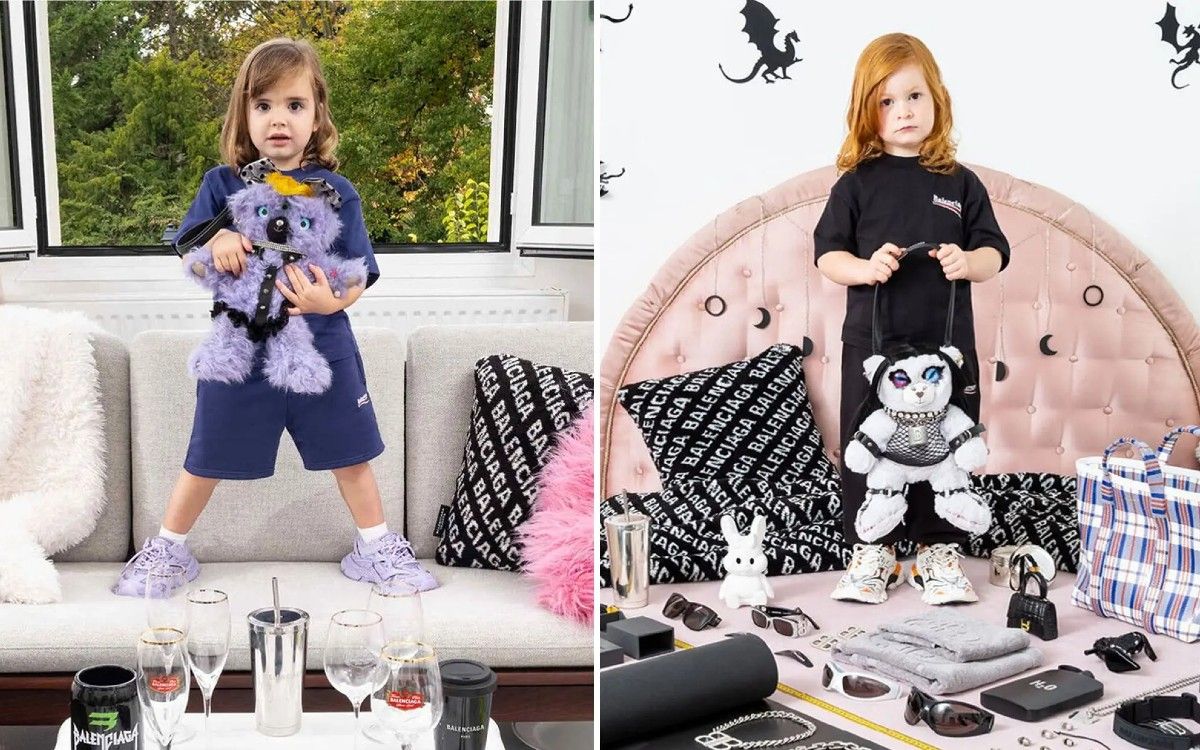 The fashion brand, known for its audacious fashion choices and formerly linked to celebrities like Kim Kardashian, showcased young women cradling stuffed animals in contrast to the dreadful bondage outfits.

One picture featured a little girl with ginger hair wearing a T-shirt from the company while clutching the strap that was attached to a white bear that was wearing a vest and had a padlocked choker around its neck.

In another, a brunette toddler was holding a purple plush animal that was dressed in BDSM-like clothing and was wearing a blue outfit.

Online consumers were outraged when they saw the advertisements and described the photos as “frightening,” “creepy,” and “wrong.”

“I thought people were trolling, but nope. It’s real. Maybe this is why Balenciaga left Twitter. They don’t want to be held accountable. Yes, these are children holding teddy bears dressed in bondage outfits,” one Twitter user fumed.

“Ew even if the rest is too ‘conspiracy theory’ for the small brained people out there, WHY would you have a child holding a teddy bear with bondage gear on???? So gross! F – – k Balenciaga,” criticized another.

“Balenciaga using photos of little girls playing with teddy bears dressed in bondage gear on their website,” someone else wrote. “Lovely.”

“Frightening how many adults must have been involved in this,” one user agreed.

“Parents, photographers, creative directors, copy writers, web designers, design agency staff, producers, managers, advertisers,” they added. “And not one of them thought ‘hang on a minute’?”

“Jesus that’s just creepy and wrong,” commented someone else.

The rapper “Ye,” formerly known as Kanye West, who was originally affiliated with the French company, recently made some controversial statements that put the fashion line in some hot water.

Following his comments, Balenciaga stated they will end their relationship with the rapper and joined the long list of companies who have distanced themselves from his reputation.

“Balenciaga has no longer any relationship nor any plans for future projects related to this artist,” the brand’s parent company, Kering, previously said in a statement.