In 1918, the first national university in the Caucasus was established, setting the stage for Georgia to develop a higher education system modeled after those in Europe while adhering to its own educational traditions.
Sep 30, 2022  |  Borena Kuliashvili  |  Art & Culture 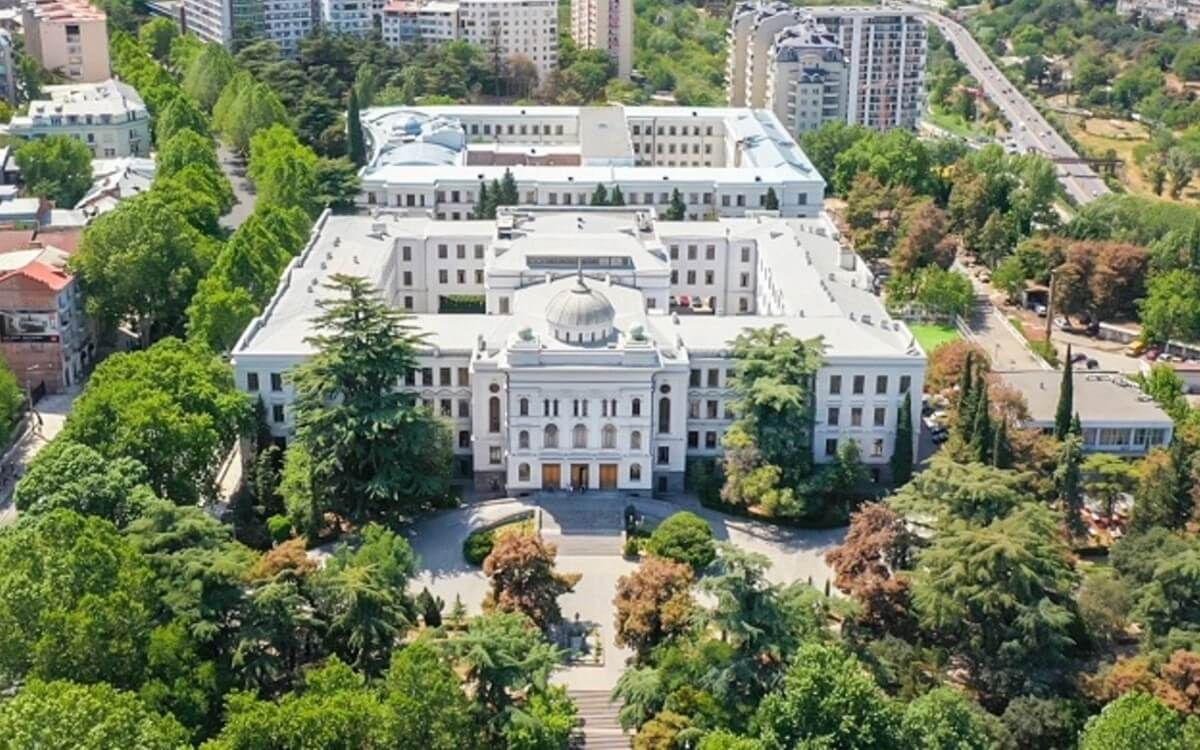 Early in the 19th century, as the struggle for independence from the Russian empire grew more intense, the concept of founding the university initially surfaced.

In the 1960s of the 19th century, a new generation under the leadership of prominent Georgian public figure Ilia Chavchavadze, who is linked to a new phase of spiritual rebirth in our nation’s history, emerged on the scene. During those years, the fight to found the university picked up significantly.

After the Nobiliary Manorial Estate Bank was established in Tbilisi, there are now viable options for starting a higher education institution. It was the only bank in the whole Russian empire that used its profits to further the country’s economic, educational, and cultural objectives.

Ivane Javakhishvili, who completed his studies in Petersburg and later joined its faculty as an assistant professor, began putting the Georgian University’s foundational details into place at the turn of the 20th century. Ivane Javakhishvili, who was living in Petersburg at the time, began making active preparations for the creation of a higher education institution from the very first days of the February 1917 revolution.

The University’s founders stepped up their attempts to establish a higher education facility in the fall of 1917. It was determined to originally just construct one faculty, the faculty of philosophy, which would have brought together not only natural science and mathematics but other humanitarian disciplines. The first students were admitted to the Georgian University in late December, according to Georgian news.

The Tbilisi State University was given Ivane Javakhishvili’s name in 1989, the year it was founded.

One of Georgia’s first institutes of higher learning for scientific study is the Ivane Javakhishvili Tbilisi State University nowadays. Each year, it puts into action roughly 200 local and international scientific funding projects.

According to its sizes, the Tbilisi State University is one of the biggest institutions of higher learning. Currently, there are roughly 22,000 students studying at TSU’s seven faculties.

The Tbilisi State University offers short- and long-term certification programs, higher vocational education, and bachelor’s, master’s, and doctoral degree programs. Georgian students have the chance to take part in exchange and collaborative international educational programs and earn dual academic degrees as a result of close collaboration with other universities.

Tbilisi State University is proud of its alumni, who include illustrious professors, scientists, and graduates who have successfully assimilated into the European community and attained global renown. The university is an active participant in major international educational networks.

Students from all over the world are drawn to TSU because of its extensive selection of degree programs at the undergraduate, graduate, and doctoral levels as well as its short English-language courses. The internalization of TSU is quick-moving and strives to establish a multicultural atmosphere that will improve the prospects for teaching and research. TSU supports equal access to education and upholds the value of all faculty, staff, and students.