How a ballad from the 1990s captivated the world

“I Will Always Love You” by Whitney Houston was not only a successful song but an unstoppable cultural phenomenon. It was the lead single from The Bodyguard: Original Soundtrack Album when it was released in November 1992. It was number one on the Billboard Hot 100 for a record-breaking 14 weeks and won two Grammys. It continues to be the most popular single ever released by a female artist thirty years after it was released. The soundtrack album for The Bodyguard, which featured four more Houston songs, including I’m Every Woman and I Have Nothing, went on to sell 45 million copies globally.
Nov 15, 2022  |  Borena Kuliashvili  |  Music, Art & Culture 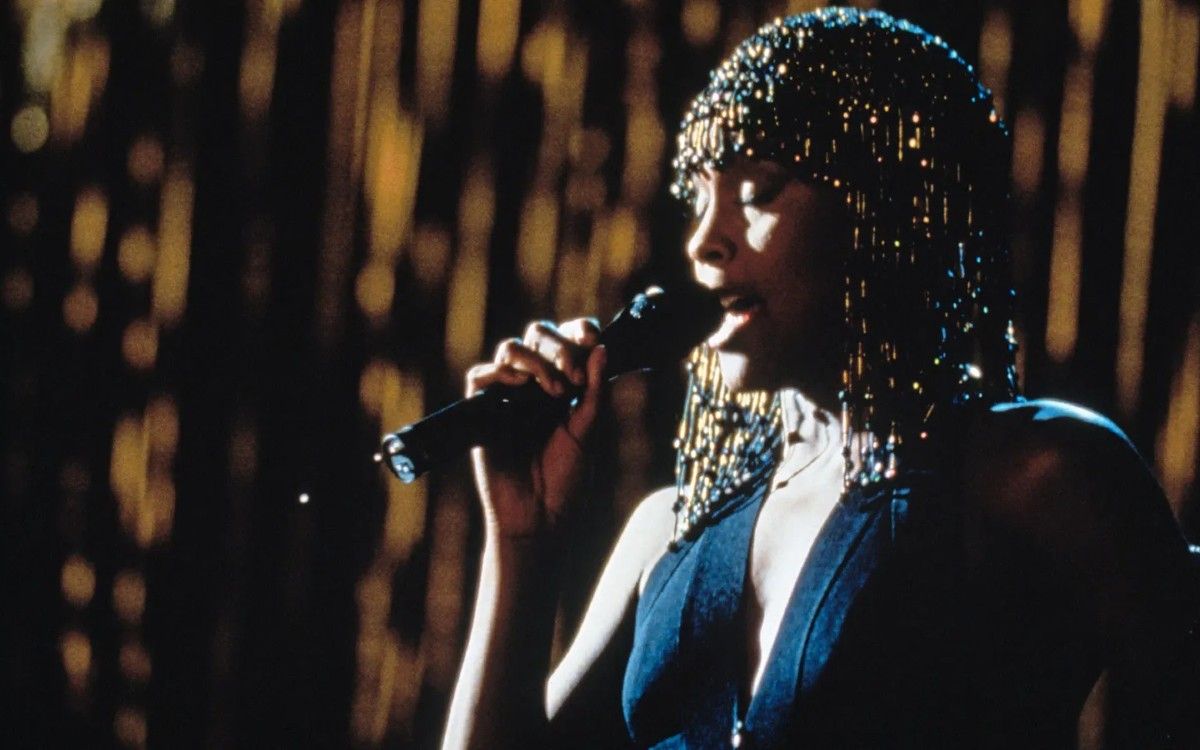 I Will Always Love You is a well-known song that was first written and released in 1973 by Dolly Parton as an homage and farewell to her early mentor Porter Wagoner. Although Houston’s version of the song became the ultimate power ballad, Parton has always been gracious about it. Her wonderful, modest rendition of the song peaked at number one on the US Hot Country Songs chart. Parton recalled hearing Houston’s cover for the first time in 2020, saying: “It was one of the most overwhelming feelings I have ever had to hear it done so well, so beautifully and so big. I had no idea I’d written a song that could be that important… She just took it and made it so much more than what it would ever have been.”

The world was enthralled by Houston’s rendition of the song because it combines mind-boggling technical brilliance with an emotional interpretation of Parton’s sensitive words. From the moment she sings “so I’ll go, but I know I’ll think of you every step of the way”, it’s clear Houston is giving a vocal performance of rare quality. “Whitney knew how to use the full range in her voice to fully connect emotionally with the song and create such drama,” Dami Im, a Korean-Australian singer-songwriter who has been influenced by Houston, tells BBC Culture. Vocal coach Yvie Burnett believes I Will Always Love You is a “masterpiece” because of the “outstanding combination of what Whitney does vocally combined with perfect production from David Foster”, a music industry veteran who had previously worked with Celine Dion and Aretha Franklin.

Houston’s restraint during the song’s a cappella opening section is a vital ingredient. “Whitney starts the song holding back all her vocal abilities and relying on raw emotion,” Burnett tells BBC Culture. “Then when the music kicks in, she maintains that ethereal vocal quality, hitting the higher notes perfectly while staying quiet and holding back her vocal strength.” She believes this “incredible build-up” makes Houston’s subsequent vocal fireworks at the song’s climax even more moving. “Either she is an incredible actress,” Burnett adds, “or she has experienced these feelings in real life. In which case, she is telling us her story”. 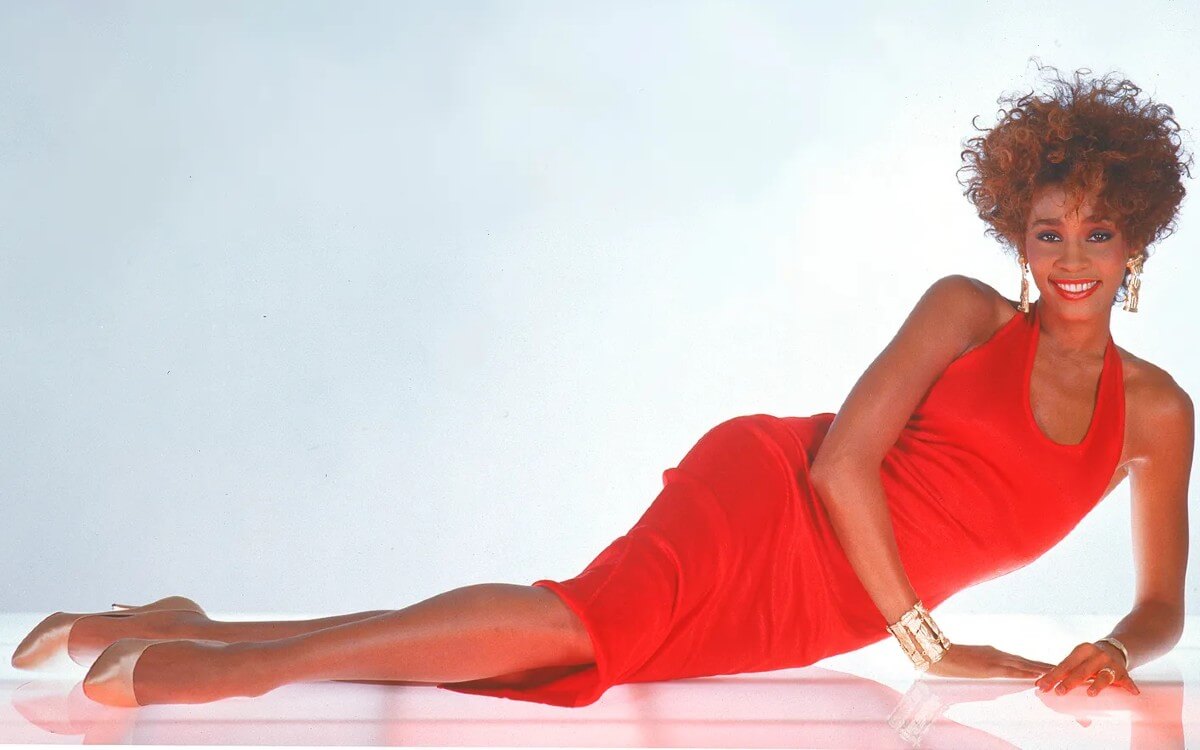 In any case, Houston’s performance of I Will Always Love You is hailed by Burnett as “one of the most important vocal performances of our generation.” This is not an overstatement: along with Mariah Carey’s Hero and Celine Dion’s My Heart Will Go On, it served as a model and set a very high bar for many female singers who aspired to succeed on the well-liked TV talent competitions of the early 2000s. After winning the British edition of The X Factor in 2006, Leona Lewis had a transatlantic number one hit with Bleeding Love in 2007. At the time, she said: “When I was growing up, I used to listen to Whitney Houston [and] Mariah Carey – those kind of big powerful kind of singers – so that influences my music and a lot of the songs I like to sing.”

Houston’s vocal delivery might have perhaps occasionally had a bit too much influence. Houston’s most well-known songs set a benchmark that was hard to meet, according to vocal trainers Carrie and David Grant, who worked with participants on the British talent competitions Pop Idol and Fame Academy as well as with musicians like Demi Lovato and the Spice Girls. “Just about every singer we taught or auditioned for about five years wanted to master I Will Always Love You or The Greatest Love of All or I Have Nothing. Most of [them] should have tried something a little easier – many a singer has been wiped out in an attempt to do Whitney!”

Houston’s best-selling song, I Will Always Love You, was published after she had already experienced seven years of international fame. She achieved a record-breaking seven consecutive Billboard Hot 100 number one singles between 1985 and 1987 with songs like Saving All My Love for You, I Wanna Dance with Somebody (Who Loves Me), and So Emotional, among others. “Whitney was the standard bearer in a line of great R&B singers, from the ’60s with Dionne Warwick and Aretha Franklin, into the ’70s with Gladys Knight and Patti Labelle,” says David Grant. “But what she did was to take R&B to a market bigger than any of them had experienced. Without Whitney, there would arguably have been no mass market for Mariah Carey, Christina Aguilera, Beyoncé or Jennifer Hudson.”

Although Houston’s popularity in singing pop, soul, rock, R&B, and dance music was unusual at the time, it wasn’t universally admired. At the 1989 Soul Train Awards, an event honoring the greatest in soul, R&B, and hip-hop music, she reportedly received. Houston addressed this incredibly awkward moment in a 1991 interview on The Arsenio Hall Show, saying: “I think that I’ve got a lot of flak about ‘I sing too white’ or ‘I sing… white’ or something like that.” She added defiantly: “I do sing the way God intended for me to sing and I’m using what he gave me and I’m using it to the best of my ability.”

These criticisms, for the most part, diminished over the years as the extent of her influence became more apparent. Beyoncé posted a moving eulogy to the musician who had long been an inspiration to her after Houston passed away in February 2012.

“I, like every singer, always wanted to be just like her. Her voice was perfect. Strong but soothing. Soulful and classic,” she wrote. “She is our queen and she opened doors and provided a blueprint for all of us.” Lady Gaga mentioned Houston when she accepted the Best Pop Vocal Album award at the Grammys the year before. “I need to say thank you tonight to Whitney Houston,” Gaga said. “I wanted to thank Whitney because when I wrote Born This Way, I imagined she was singing it – because I wasn’t secure enough in myself to imagine I was a superstar.”

Carrie Grant contends that having “excellent tonal quality” is no longer necessary for singers who want to succeed in the charts due to the rising use of Auto-Tune, a production technique that corrects minor issues with vocal pitch. She also emphasizes the demise of obnoxious power ballads like I Will Always Love You. “Few songs written now have those ‘money moments’ in them, so big voices aren’t required,” she says. “Torch singers do still exist – Adele, for example – but the sound isn’t required to be as smooth or technically perfect.”

However, there is no denying that Houston’s work on songs like I Will Always Love You continues to be an inspiration. “She raised the bar for all female vocalists with her use of range and dynamics,” says Dami Im. “She’s shown me that vocally you can be both so delicate and gentle and also extremely powerful when you need to be.” It’s safe to assume that Houston’s performance of I Will Always Love You is still the gold standard for performances in the Olympics 30 years after it was first released.