In the most recent Louis Vuitton advertisement, which was released on Saturday, soccer’s two biggest stars, Lionel Messi and Cristiano Ronaldo, are depicted playing chess. Chess enthusiasts soon realized that the position represented on the board is one from a real game.
Nov 22, 2022  |  Borena Kuliashvili  |  Art & Culture, Football 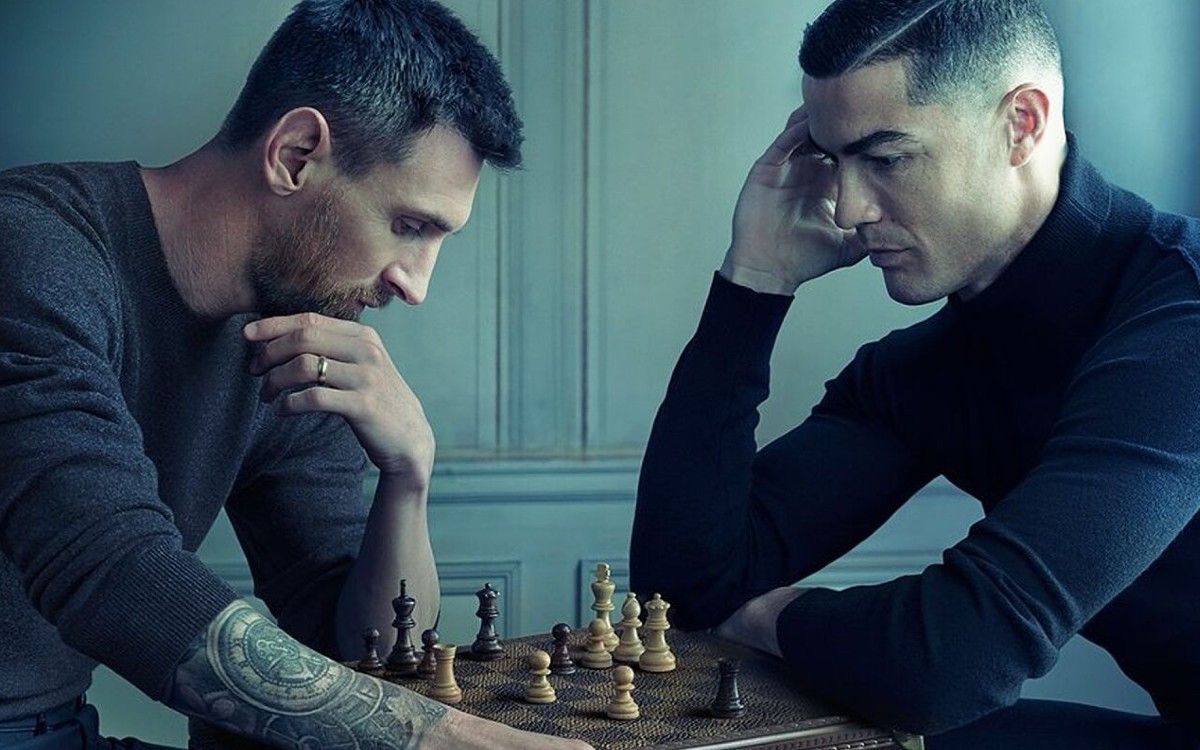 Messi and Ronaldo are pictured playing chess on a checkered Louis Vuitton luggage, with the caption “Victory is a State of Mind” written by Louis Vuitton next to the image. The image, which was taken by the renowned celebrity portrait photographer Annie Leibovitz, was shared on Messi, Ronaldo, and Louis Vuitton’s social media accounts. It is currently one of the Instagram pictures with the most likes. 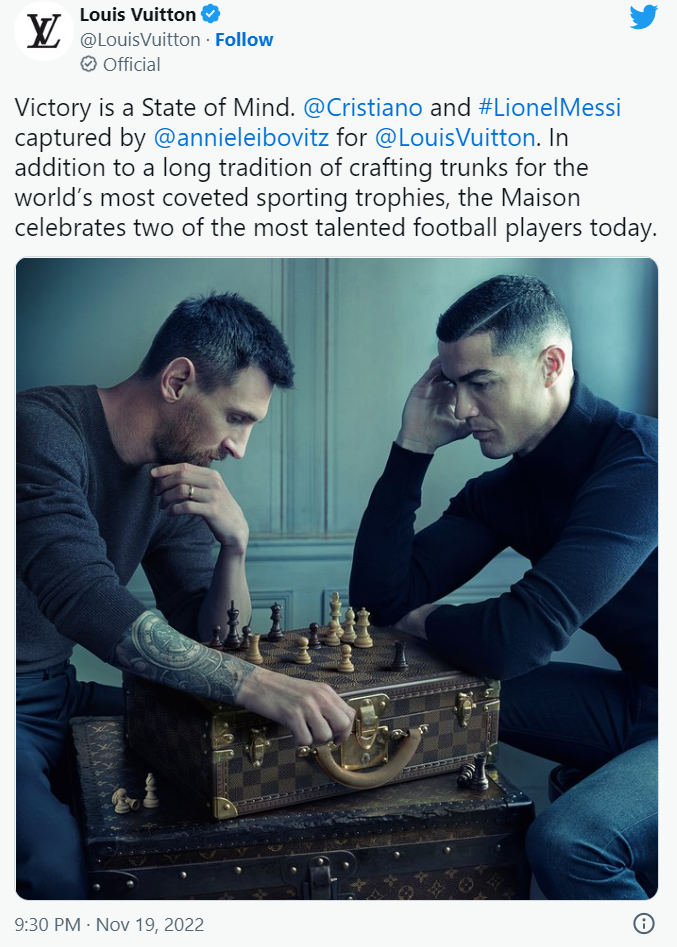 Louis Vuitton adds: “In addition to a long tradition of crafting trunks for the world’s most coveted sporting trophies, the Maison celebrates two of the most talented football players today.” The image was released the day before the start of the FIFA World Cup in Qatar, which is probably going to be the final major tournament for both celebrities.

It turns out that the location on the board isn’t random—quite the opposite, actually. Ronaldo and Messi are examining a position from the 2017 Norway Chess match between Carlsen and Nakamura. It was GM Magnus Carlsen’s second GM Peter Heine Nielsen who first pointed that out on Twitter, and then Carlsen commented on that tweet and the photo: “Second greatest rivalry of our time mimicking the greatest.” 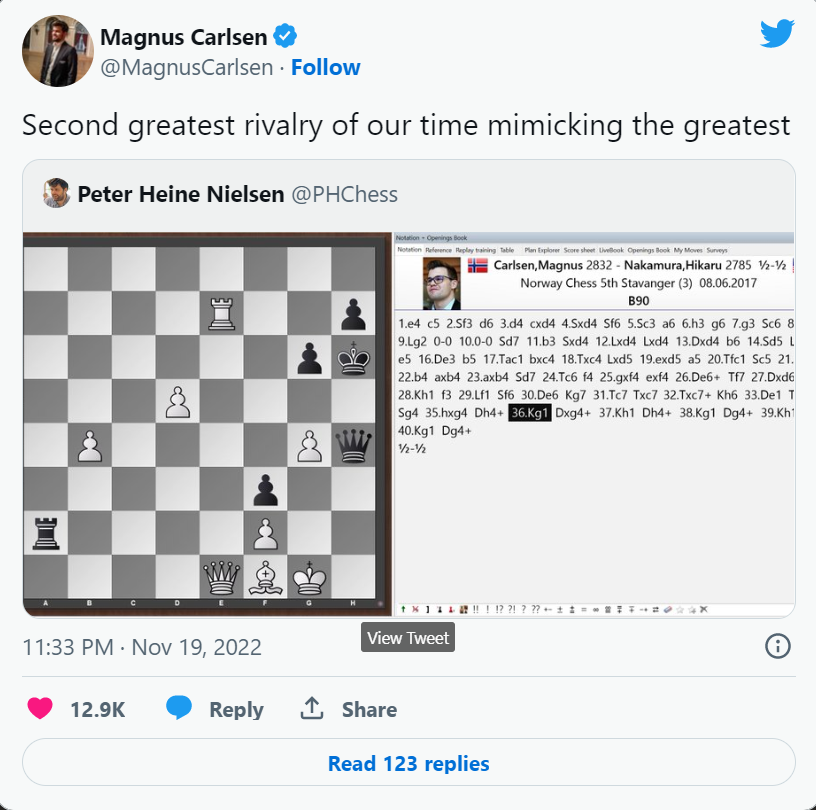 Carlsen commented on the Louis Vuitton image after the sixth round of the Meltwater Champions Chess Tour in San Francisco. “The original is from my game with Nakamura in Norway Chess 2017, a very tumultuous event for me. I ended up with minus one, and at several points during the tournament, I was in risk of dropping to number two or three or even four in the world. It was tough!”

When asked if the rivalry between Messi and Ronaldo and Carlsen and Nakamura was comparable, the world champion responded: “Not really, but he’s good at a lot of the stuff that I’m good at, for sure. It’s not the worst comparison in the world.”

In the meantime, a behind-the-scenes video of the photoshoot has surfaced in which Messi and Ronaldo can be seen posing for the picture and talking about the impending World Cup. 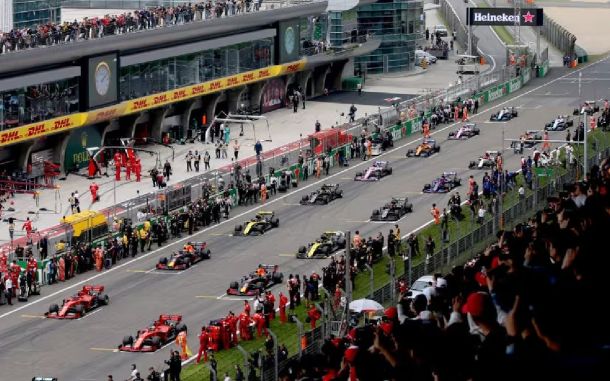 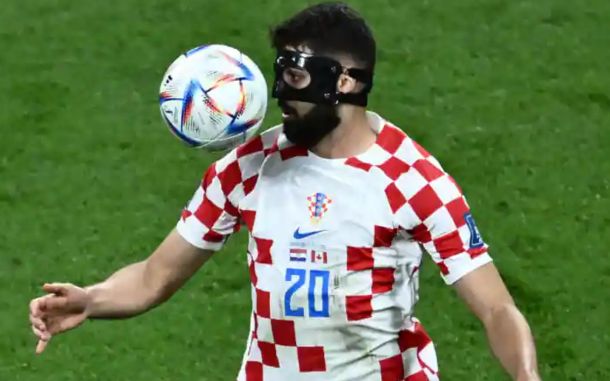 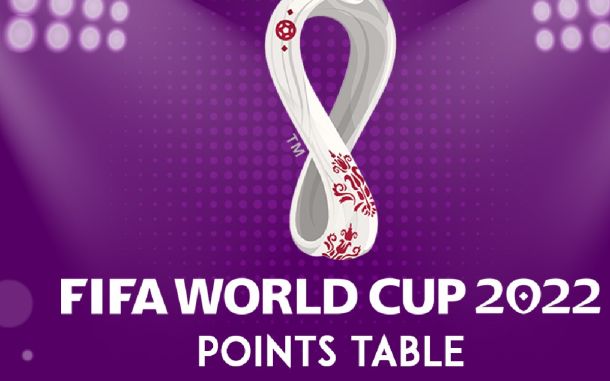 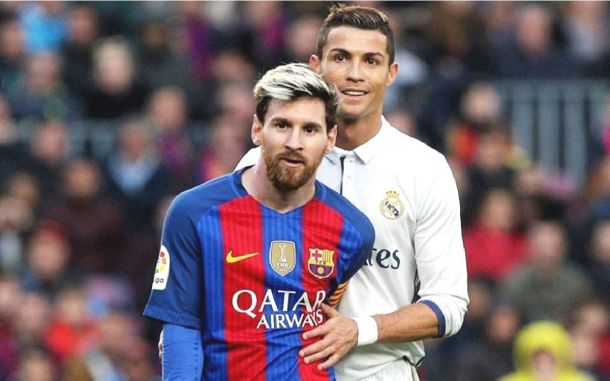