Winemaking in Georgia And Qvevri

Georgia has a tradition of winemaking stretching back over 8,000 years. Archaeological evidence indicates that the first Georgian wines were produced and preserved in qvevri, which are earthenware containers (or kvevri). The qvevri is the most significant and well-known winemaking vessel in Georgia, and it continues to be the focal point of the country’s traditional winemaking.
Nov 22, 2022  |  Borena Kuliashvili  |  Art & Culture 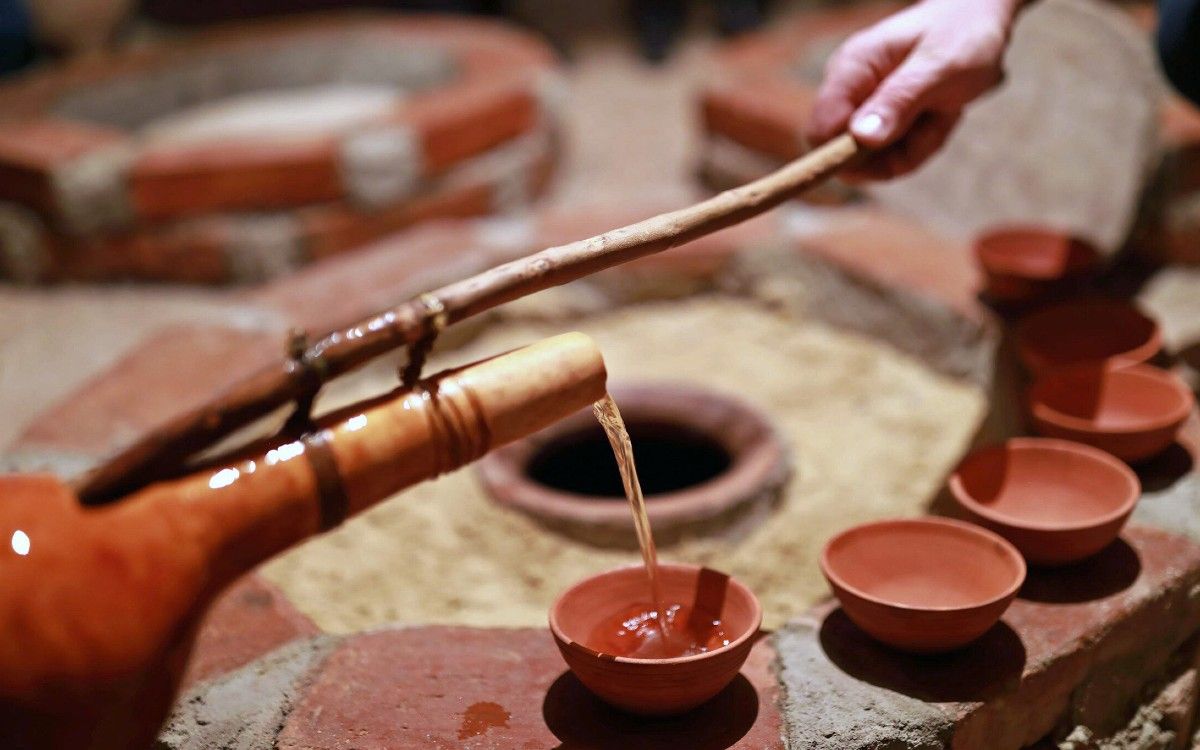 A history of the Qvevri

A qvevri is a big, egg-shaped clay pot with a narrow bottom and a broad mouth at the top, also known as a churi in western Georgia. Despite the fact that academics think the first qvevri were kept above ground, Georgian winemakers have been burying their qvevri for millennia, leaving only the rim above ground. The word “qvevri,” according to scholars, derives from the word “kveuri,” which means “that which is buried” or “something dug deep in the ground.” 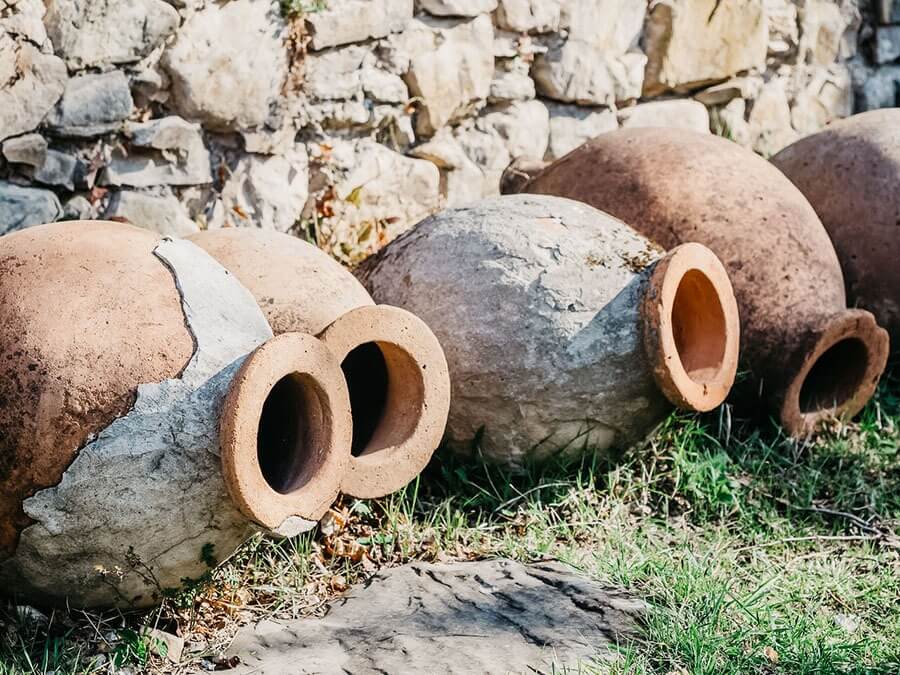 Qvevri are distinctively Georgian jars that serve a different purpose than other clay amphorae. Qvevri are perhaps of the earliest instances of winemaking equipment in the world and are used for wine fermentation, maturation, and storage.

The first documented winemaking qvevri was discovered in a Neolithic hamlet in eastern Georgia in 2015, and archaeologists have dated it to 6000 BCE. These vessels are significant historical artifacts as well as the first examples of a persistent cultural tradition.

The size of a modern qvevri generally ranges from 100 to 3,500 gallons. The Wines of Georgia by Lisa Granik claims that 1,000 to 1,200 liters is “the sweet spot for fermentation.” When it’s time to clean a vessel, the winemaker climbs inside the largest qvevri, which are the largest of them all. 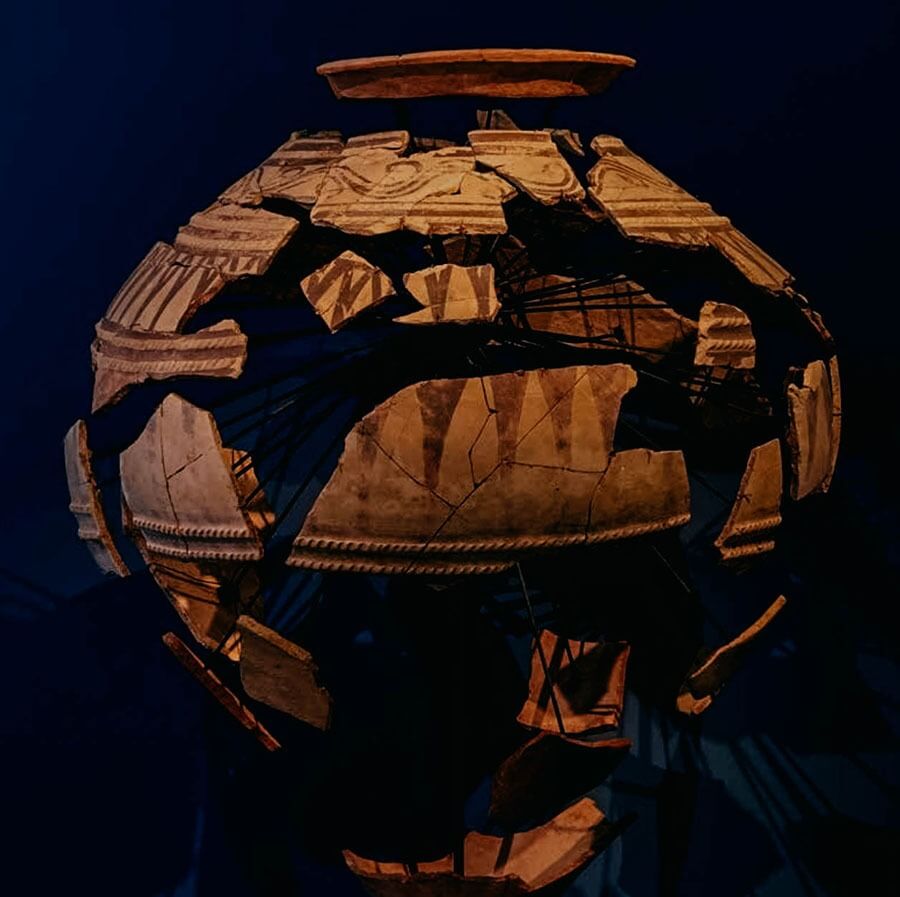 Since the practice of making wine in qvevri is so ingrained in Georgian culture, UNESCO added it to its list of intangible cultural heritages in 2013. As a result, the qvevri became a representation of the wine’s deep cultural roots and the genuineness of Georgian winemaking.

A Protected Geographical Indication (PGI) designation was given to qvevri in 2021. The State Register of Appellations of Origin and Geographical Indications of Goods has added Qvevri as the first non-food product. The qvevri’s shape, capacity, source of raw materials, and method of manufacturing are all codified by this PGI status, which also formally recognizes Georgia as the country of origin.

The EU classification scheme is compatible with the Georgian State Register of Protected Geographical Indications (PGI). The PGI designation is comparable to a VDP (Vin de Pays) classification in the French system. Only Georgian-obtained raw materials are now permitted to be utilized in the production of qvevri as per PGI regulations.

In Georgia, the art of producing qvevri has been passed down from generation to generation for thousands of years, much like the art of making wine. Today’s qvevri in Georgia have been in use for many years—if not centuries.

Today, a few family-run businesses in the wine-producing regions of Kakheti, Imereti, and Guria specialize on producing qvevri. Each region’s vessels differ from the typical egg form in some way.

Both inside and outside of Georgia, there is still a considerable demand for new qvevri. When making wine with little to no intervention, organic and biodynamic growers prefer to use the traditional vessels.

The foundations of qvevri manufacture have not changed as a result of modern technologies. The pots of today are still meticulously handmade from regional clay. Although constructing a 1,000-liter qvevri can take six weeks, a master craftsman usually constructs several qvevri at once.