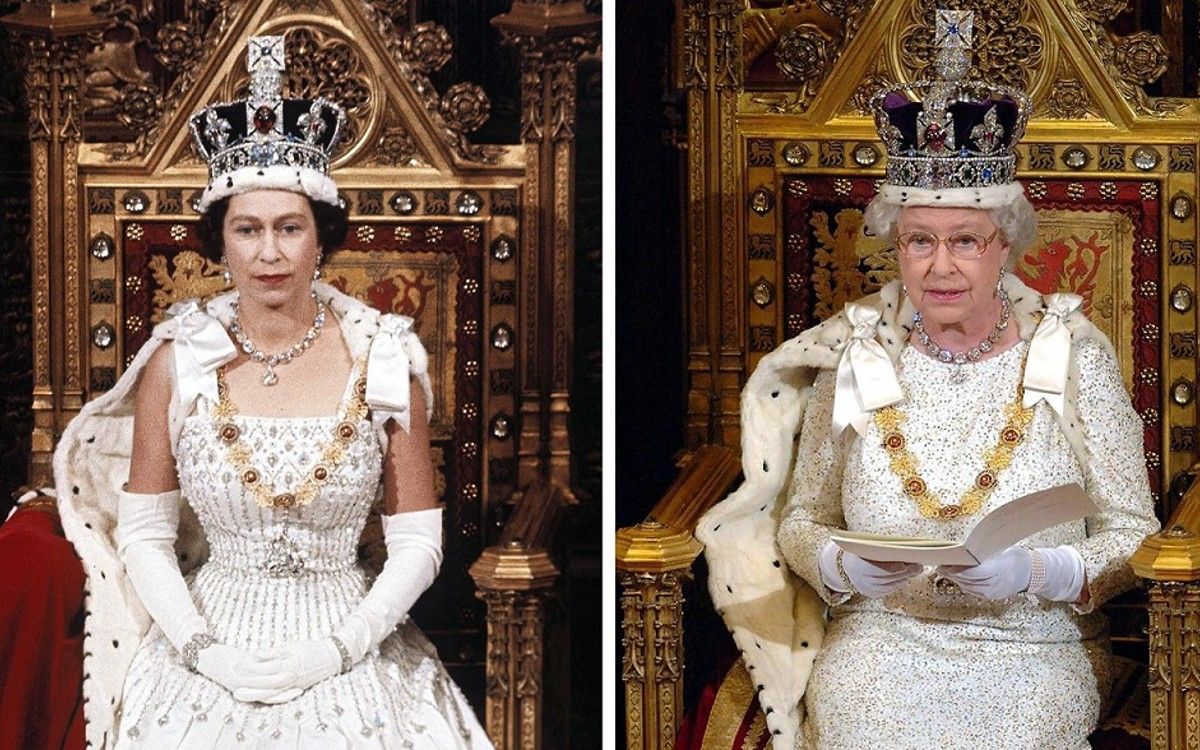 The death of Queen Elizabeth II, which Buckingham Palace announced on Thursday, is a watershed moment for Britain, at once incomparable and incalculable.
It marks both the loss of a revered monarch — the only one most Britons have ever known — and the end of a figure who served as a living link to the glories of World War II Britain, presided over its fitful adjustment to a post-colonial, post-imperial era and saw it through its bitter divorce from the European Union.
There is no analogous public figure who will have been mourned as deeply in Britain — Winston Churchill might come closest — or whose death could provoke a greater reckoning with the identity and future of the country. Elizabeth’s extraordinary longevity lent her an air of permanence that makes her death, even at an advanced age, somehow shocking.
The ups and downs of the queen’s seven-decade reign were many, a tapestry of events that traces the history of the 20th and early 21st centuries. Britain and 15 other Commonwealth realms over which she presided are a shadow of the empire-in-decline she inherited in 1952. How many of those countries will continue to recognize the British monarch as their head of state is an open question.
The foibles of her family were endless and endlessly dissected — from the abdication of her uncle, Edward, to marry a divorced American woman, Wallis Simpson, which set in motion the events that put her on the throne, to the painful rupture between her grandson, Prince Harry, and the rest of the family after his marriage to Meghan Markle, an American actress.
The House of Windsor has weathered the upheavals thanks largely to the anchoring role the queen has played. With her dignity and sense of duty, she rose above the tabloid headlines, whether about her troubled sister Princess Margaret; her eldest son and heir, Prince Charles, and his ill-fated marriage to Diana, Princess of Wales; or her middle son, Prince Andrew, who is under legal scrutiny linked to his dealings with the disgraced financier Jeffrey Epstein.
One well-documented misstep came in 1997, after Diana’s death in a car crash in Paris, when the queen declined for days to leave her summer residence at Balmoral Castle in Scotland to join in the nation’s grieving.
The royal family’s future under a new king, Charles, is uncertain. He remarried — his second wife is Camilla, the Duchess of Cornwall — and his accession to the throne is no longer in doubt as it was during his personal struggles.
But Charles has long expressed a desire to streamline the family to make it less of a drain on the public purse. And the internal strife continues as the royals adapt to the departure of Harry and Meghan, who have made a new life in California.