America’s Thanksgiving holiday, born in the 1500s, mythologized in 1621, and observed even during the bleakest hours of the Civil War, now stands as one of the nation’s most anticipated and beloved days — celebrated each year on the fourth Thursday in November (November 24, 2022).
Nov 25, 2022  |  Festivals, United States 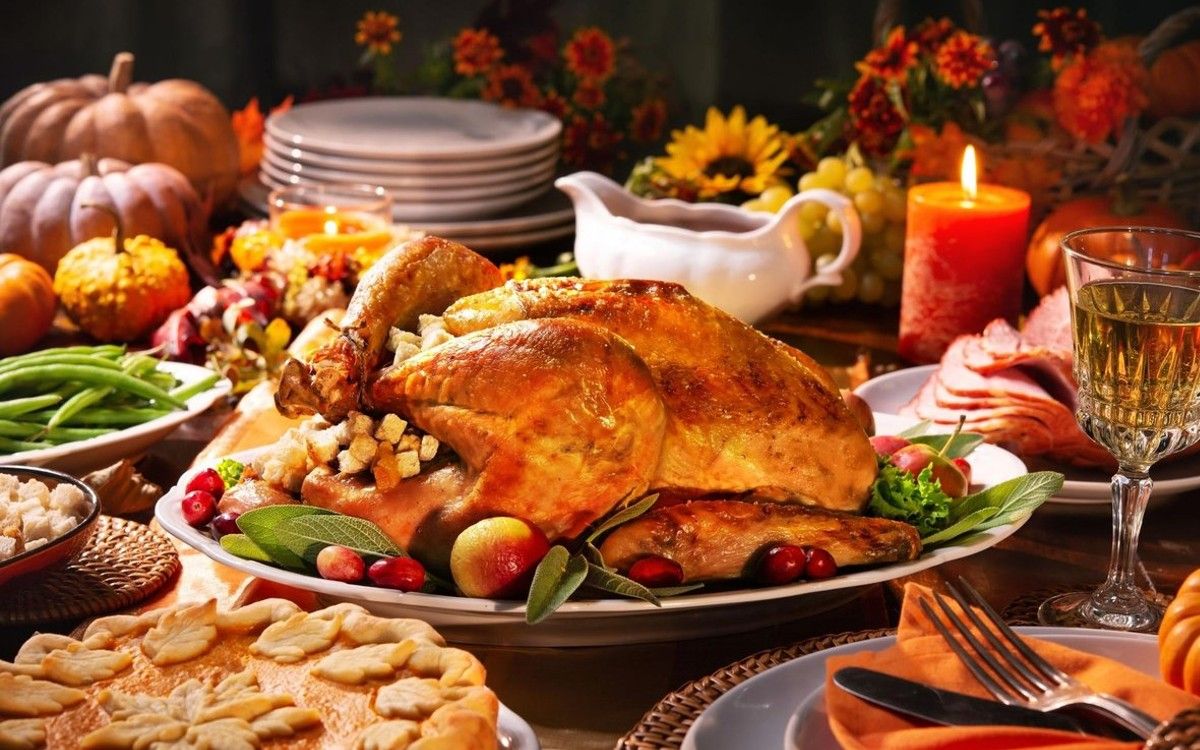 Perhaps no other nonsectarian holiday has more tradition. Family, friends, food, and football have come to symbolize Thanksgiving — a rare celebratory holiday without an established gift-giving component. Instead, the day urges all of us to be grateful for things we do have.

History of Thanksgiving
This story doesn’t necessarily start with Pilgrims.
Evidence shows that Spanish explorers and settlers held thanksgiving services during the late 1500s in what is now Florida and New Mexico. Thanksgivings also took place in what became the Commonwealth of Virginia as early as 1607, with the first permanent settlement of Jamestown holding a Thanksgiving in 1610.

The ‘First’ Thanksgiving
It wasn’t until a decade later that the Plymouth settlers, known as Pilgrims, arrived in the New World. They celebrated at Plymouth for three days after their first harvest in 1621. The gathering included 50 people who were on the Mayflower (all who remained of the 100 who had landed) and 90 Native Americans. The feast was cooked by the four adult Pilgrim women who survived their first winter in the New World, along with young daughters and other servants.

Revolutionary Times
During the war, the Continental Congress appointed one or more thanksgiving days each year, each time recommending to the executives of the various states the observance of these days in their states. George Washington, leader of the revolutionary forces, proclaimed a Thanksgiving in December 1777 as a victory celebration honoring the defeat of the British at Saratoga.

The Continental-Confederation Congress, the legislative body that governed the United States from 1774 to 1789, issued several “national days of prayer, humiliation, and thanksgiving.” This would eventually manifest itself in the established American observances of Thanksgiving and the National Day of Prayer today.
In 1789, New Jersey congressman Elias Boudinot proposed that the House and Senate jointly ask President Washington to proclaim a day of thanksgiving for “the many signal favors of Almighty God.” Washington then created the first U.S. government-mandated Thanksgiving Day. It read in part: “Now therefore I do recommend and assign Thursday the 26th day of November next to be devoted by the People of thee States to the service of that great and glorious Being, who is the beneficent Author of all the good that was, that is, or that will be.”
The holiday would remain inconsistent for decades.

Civil War Era
President Lincoln proclaimed a national Thanksgiving Day in 1863, to be celebrated on November 26 — the final Thursday of the month. Secretary of State William H. Seward wrote the proclamation that read in part:
“In the midst of a civil war of unequalled magnitude and severity, which has sometimes seemed to foreign States to invite and to provoke their aggression, peace has been preserved with all nations, order has been maintained, the laws have been respected and obeyed, and harmony has prevailed everywhere except in the theatre of military conflict.

“I do therefore invite my fellow citizens in every part of the United States, and also those who are at sea and those who are sojourning in foreign lands, to set apart and observe the last Thursday of November next, as a day of Thanksgiving and Praise to our beneficent Father who dwelleth in the Heavens.”
The U.S. has observed Thanksgiving ever since.

Future presidents followed Lincoln’s example of annually declaring the final Thursday in November to be Thanksgiving. But in 1939, President Franklin D. Roosevelt declared November’s fourth Thursday as Thanksgiving rather than the fifth one. FDR thought an earlier Thanksgiving would give merchants a longer period to sell goods before Christmas — and help bring the country out of the Depression. A 1942 law — making the fourth Thursday a federal holiday — has stood ever since.

Thanksgiving 2022
In fact, in the spirit of gratitude and thanks this Thanksgiving, See’s has created shareable “Thank You” cards to help you express your gratitude to all the special people in your lives.
It is clear that Thanksgiving will be a little different this year. Americans will travel less and spend less time with family, making it more important than ever that they find some new and creative ways to express what they are thankful for.
These cards each contain themed messages that can be shared with your family and friends this Thanksgiving. Simply choose a message and tag whomever in your life you want to share it with. You can even add a custom note to the social post to make the cards even more special.

Thanksgiving Traditions
A feast fit for a family
When we think about Thanksgiving food, a few tasty dishes come to mind. Macaroni, stuffing, mashed potatoes, and the most important of all: a beautifully cooked, juicy, and huge turkey! Though these are the traditional dishes eaten at a standard Thanksgiving dinner, there’s definitely room to freestyle. Some switch out turkey for ham, beef, or even salmon! While others may include a side dish specific to their culture.

We often wonder why dinner comes so early on this day in comparison to the rest of the year, but it seems to all come down to convenience. An earlier eating time accommodates guests who are traveling from further away, allows more time for your stomach to digest a huge meal, and lets the more sporty bunch get some exercise through a family game of football, baseball, soccer, or basketball.