US sends message to Iran with counterattacks in Syria

The United States said Wednesday that although it “does not seek conflict with Iran,” it will continue to “defend” its troops against Tehran-backed militias in Syria.
Aug 27, 2022  |  Politics, United States, World, War 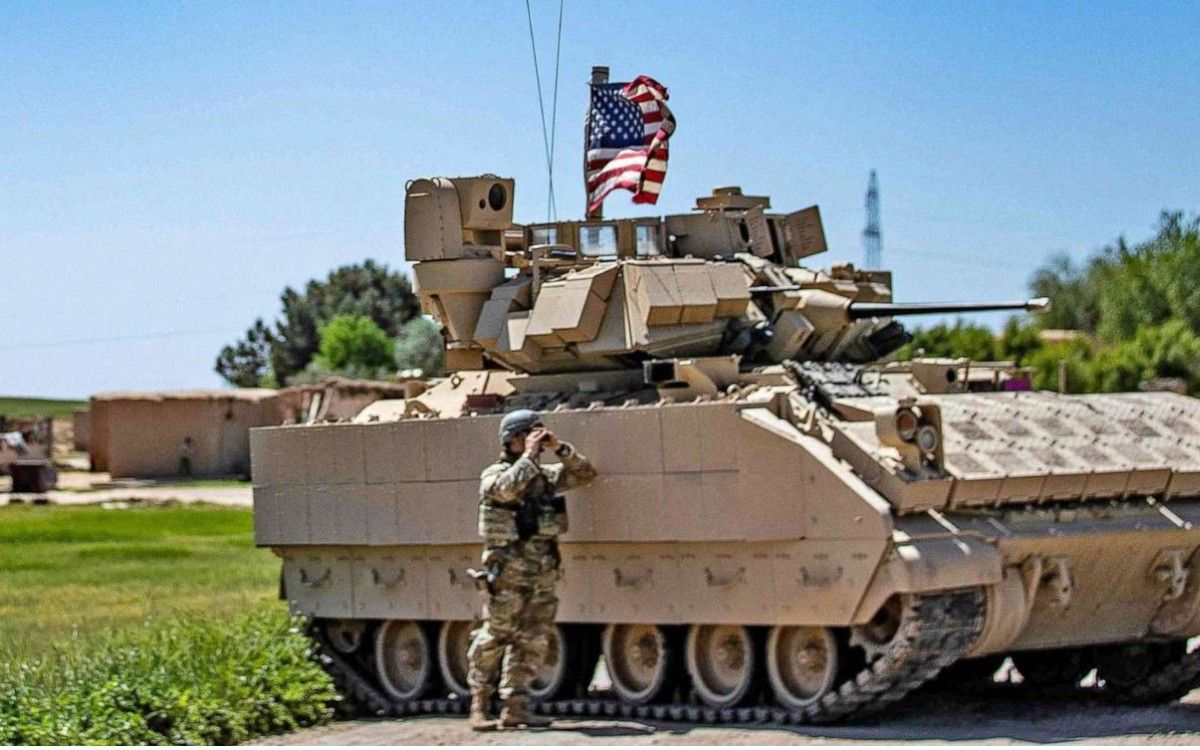 Three U.S. service members were injured in separate rocket attacks on two facilities housing American troops in northeastern Syria on Wednesday, prompting U.S. forces to respond, according to a statement from the U.S. military’s Central Command.
Beginning at approximately 7:20 p.m. local time, several rockets landed inside the perimeter of Mission Support Site Conoco. Shortly after, more rockets landed in the vicinity of Mission Support Site Green Village. Both sites are located near large oil and gas fields in northeastern Syria. One service member at Mission Support Site Conoco was treated for a minor injury and returned to duty, while two others were under evaluation for minor injuries, CENTCOM said.
CENTCOM said U.S. forces responded over the last 24 hours with Apache attack helicopters, AC-130 gunships, and 155mm artillery, “resulting in four enemy fighters killed and seven enemy rocket launchers destroyed.”
“We will respond appropriately and proportionally to attacks on our servicemembers,” Gen. Michael “Erik” Kurilla, commander of CENTCOM, said in a statement on Thursday. “No group will strike at our troops with impunity. We will take all necessary measures to defend our people.”
Colin Kahl, the U.S. undersecretary of defense for policy, was asked about the latest exchange in Syria during a press briefing on Wednesday afternoon in Washington, D.C. Kahl told reporters he did not have any details to share at the time but noted: “As a general matter, we’re not going to hesitate to defend ourselves.”
Militias allegedly backed by Iran’s Islamic Revolutionary Guard Corps, an elite branch of the Iranian Armed Forces, have targeted American troops in Syria this month and several other times over the past year, since establishing a foothold in the region while fighting in support of the Syrian government amid the country’s ongoing civil war.
Iran routinely denies arming, funding and training militias that target U.S. forces in Syria, despite weapons and equipment linking back to them, officials said.
On Aug. 15, Iran-backed militias allegedly launched drones targeting the al-Tanf Garrison used by U.S. forces in the energy-rich Homs province in central Syria. At that time, CENTCOM described the attack as causing “zero casualties and no damage.”
In response, on Tuesday, U.S. forces carried out airstrikes targeting infrastructure facilities used by Iran-backed militias in eastern Syria’s oil-rich Deir ez-Zor province, near the country’s border with Iraq. CENTCOM said the strikes came at the orders of President Joe Biden and were “proportionate, deliberate action intended to limit the risk of escalation and minimize the risk of casualties.”
CENTCOM did not identify the specific targets or offer any casualty figures from Tuesday’s strikes. However, the Syrian Observatory for Human Rights, a U.K.-based war monitoring group, said the U.S. strikes targeted the Ayash Camp run by the Fatemiyoun Brigade, a militia made up of Afghan Shiite refugees sent by Iran to fight in the Syrian Civil War alongside Syrian government troops. The Syrian Observatory for Human Rights reported that at least six Syrian and foreign militants were killed in the strikes.
Nasser Kanaani, spokesman for the Iranian Ministry of Foreign Affairs, issued a statement condemning the U.S. strikes “against the people and infrastructure of Syria” on Tuesday. He denied that Tehran had any connections to the targets.
There was no immediate acknowledgment by Syria of Tuesday’s strikes.
Speaking to reporters on Wednesday, Kahl said the Aug. 15 attack fueled concerns that “Iran intends to do more of this and we wanted to disabuse them of any sense that that was a good idea.”
Unlike Wednesday’s counterattack, the U.S. strikes on Tuesday were “carefully calibrated” to avoid killing any civilians or militants, according to Kahl. He said there were originally 11 intended targets but only nine were struck due to evidence that people may be near two of the locations.
The counterattacks and strikes came as Biden seeks to revive a 2015 nuclear deal with Iran that his predecessor abandoned.
Kahl said the negotiations with Tehran to resume its compliance with the 2015 nuclear deal “has nothing to do with our willingness and resolve to defend ourselves.”
“The threats that they engage in against our people in the region or elsewhere, are not linked to wherever we end up on the nuclear deal,” he told reporters. “And I think the strike last night was a pretty clear communication to the Iranians that these things are all on different tracks.”
Since 2014, the U.S. has led a coalition of countries conducting strikes targeting the Islamic State group in Syria. U.S. ground forces entered Syria in 2015. In more recent years, the American-led coalition has also launched strikes targeting the Syrian government’s forces and allies, mainly in defense of the Syrian Democratic Forces, a U.S.-backed alliance of Kurdish and Arab militias that was formed as part of the campaign against ISIS.
What started as a local protest movement in Syria’s southern city of Dara’a expanded into a full-fledged civil war by 2012. ISIS, which grew out of al-Qaeda in Iraq, took root in northern and eastern Syria in 2013 after seizing swaths of territory in neighboring Iraq. The jihadist group is fighting to overthrow Syrian President Bashar al-Assad’s regime and establish a caliphate.
The Syrian Civil War has pulled in the United States, Russia, Iran and almost all of Syria’s neighbors. It has become the largest humanitarian crisis since World War II, according to the United Nations.